Countering the popular notion that history is progressing inexorably toward global embrace of democracy, eminent philosopher Charles Taylor discussed the dyanmics internal to democracy that make it susceptible to decline. A professor emeritus at McGill University, Taylor is the author of many influential books of philosophy and the recipient of numerous awards. The following day he joined Roman Family Director Jonathan Lear for a discussion with graduate students about the nature and social significance of irony.

Charles Taylor (Professor Emeritus of Philosophy at McGill University) is the author of many influential books, including Sources of the Self, A Secular Age, and, most recently, The Language Animal: The Full Shape of the Human Linguistic Capacity. Taylor has been honored with numerous awards, including the Templeton Prize (2007), the Kyoto Prize for Thought and Ethics (2008), the John W. Kluge Prize for Achievement in the Study of Humanity (2015), and the Berggruen Prize for Philosophy and Culture (2016). 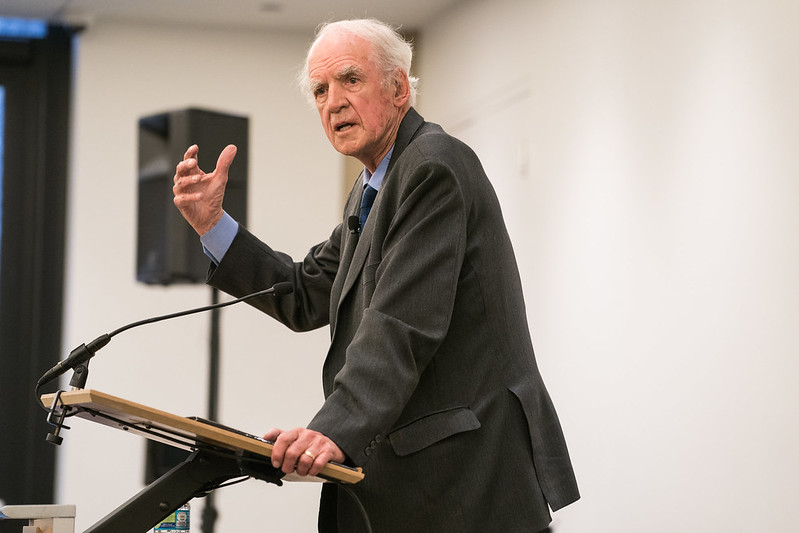