The Fight Against Blandness: Lessons from Prison, Afghanistan and Walking
April 15, 2019

Rory Stewart is a Member of Parliament in the United Kingdom and is currently Minister of Prisons. In the winter of 2002, after serving in the Foreign Office in Indonesia, he walked across Afghanistan with a mastiff named Babur. The book he wrote of his experience, The Places in Between, is widely considered a masterpiece of travel writing—arguably the best book about walking ever published. Stewart later served as the Coalition Deputy-Governor of two provinces in southern Iraq. In 2005 he founded Turquoise Mountain, a nonprofit devoted to preserving and regenerating historic sites and communities with a rich cultural heritage. He directed the Carr Center for Human Rights Policy at Harvard University from 2008 until 2010, when he left to run for Parliament. Stewart has been working in Prime Minister Theresa May's government throughout the Brexit negotiations. His most recent book, The Marches, chronicles a long walk with his father, a high-ranking intelligence official who served as Director of Technical and Support Services for MI6—a position made famous in the James Bond novels as Q. 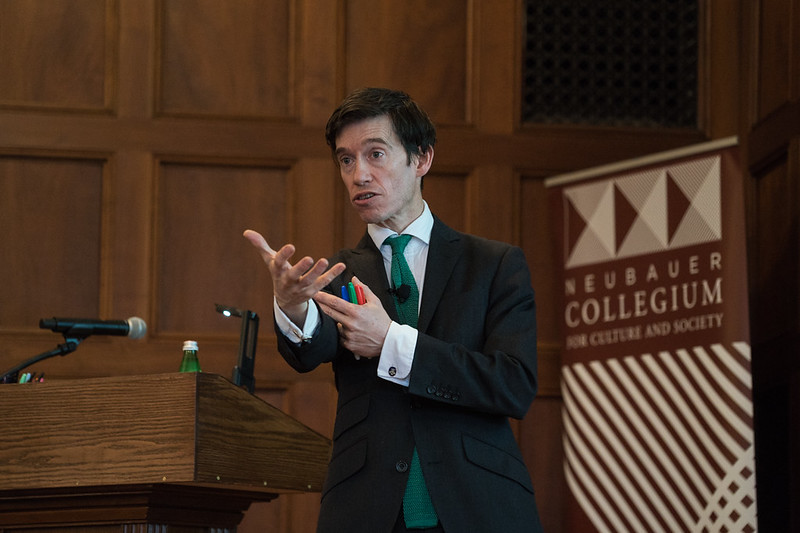