William Kentridge, “Listening to the Image” 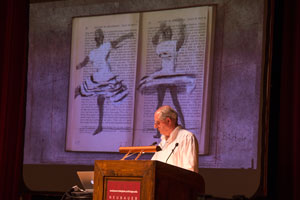 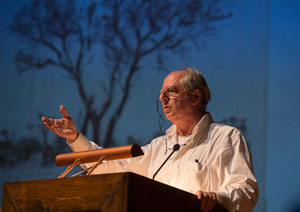 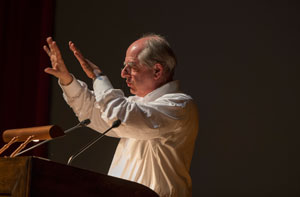 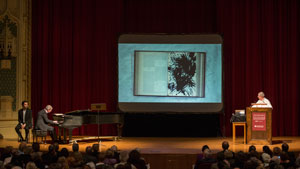 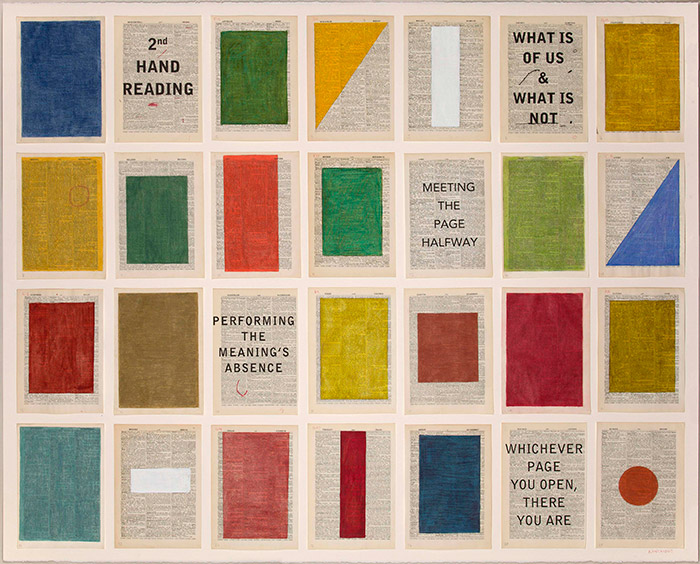 Watch the video of the lecture below >>

Mr. Kentridge spoke on the practice and theory of making meaning in the studio, through an exploration of the relationship of sound and image. The lecture focused on a current project, Schubert’s song cycle, "Winterreise", for which he is making films to be performed at the Vienna Festival next year.

Opening Remarks were given by President Robert J. Zimmer and David Nirenberg, Roman Family Director of the Neubauer Collegium for Culture and Society. 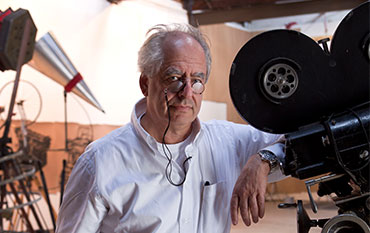 William Kentridge’s work has been seen in museums and galleries around the world since the 1990s, including Documenta in Kassel, Germany (1997, 2003, 2012), the Museum of Modern Art in New York (1998, 2010), the Albertina Museum in Vienna (2010), Jeu de Paume in Paris (2010). Kentridge’s production of Mozart’s The Magic Flute was presented at Theatre de la Monnaie in Brussels, Festival d’Aix, and in 2011 at La Scala in Milan. He directed Shostakovich’s The Nose for the Met Opera in New York in 2010 (the production traveled to Festival d’Aix and to Lyon in 2011), to coincide with a major exhibition at MoMA. Also in 2010 the Musee du Louvre in Paris presented Carnets d’Egypte, a project conceived especially for the Egyptian room at the Louvre. In the same year, Kentridge received the prestigious Kyoto Prize in recognition of his contributions in the field of arts and philosophy. In 2011, Kentridge was elected as an Honorary Member of the American Academy of Arts and Letters, and received the degree of Doctor of Literature honoris causa from the University of London. In 2012, he presented the Charles Eliot Norton Lectures at Harvard University; was elected member of the American Philosophical Society and of the American Academy of Arts and Sciences, was awarded the Dan David Prize by Tel Aviv University, and was named as Commandeur des Arts et Lettres by the French Ministry of Culture and Communication. In 2013, William Kentridge was awarded an Honorary Doctorate in Fine Arts by Yale University.