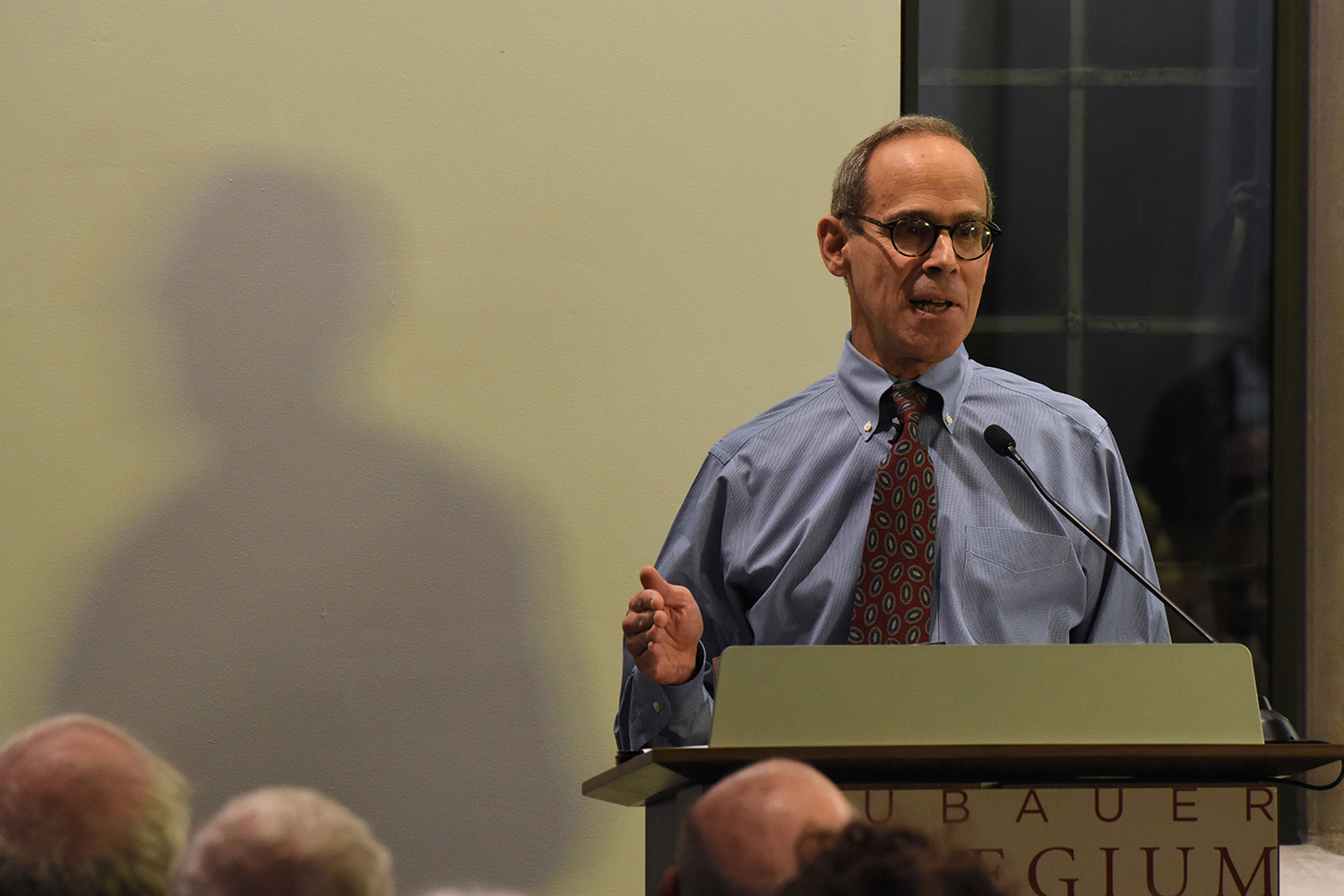 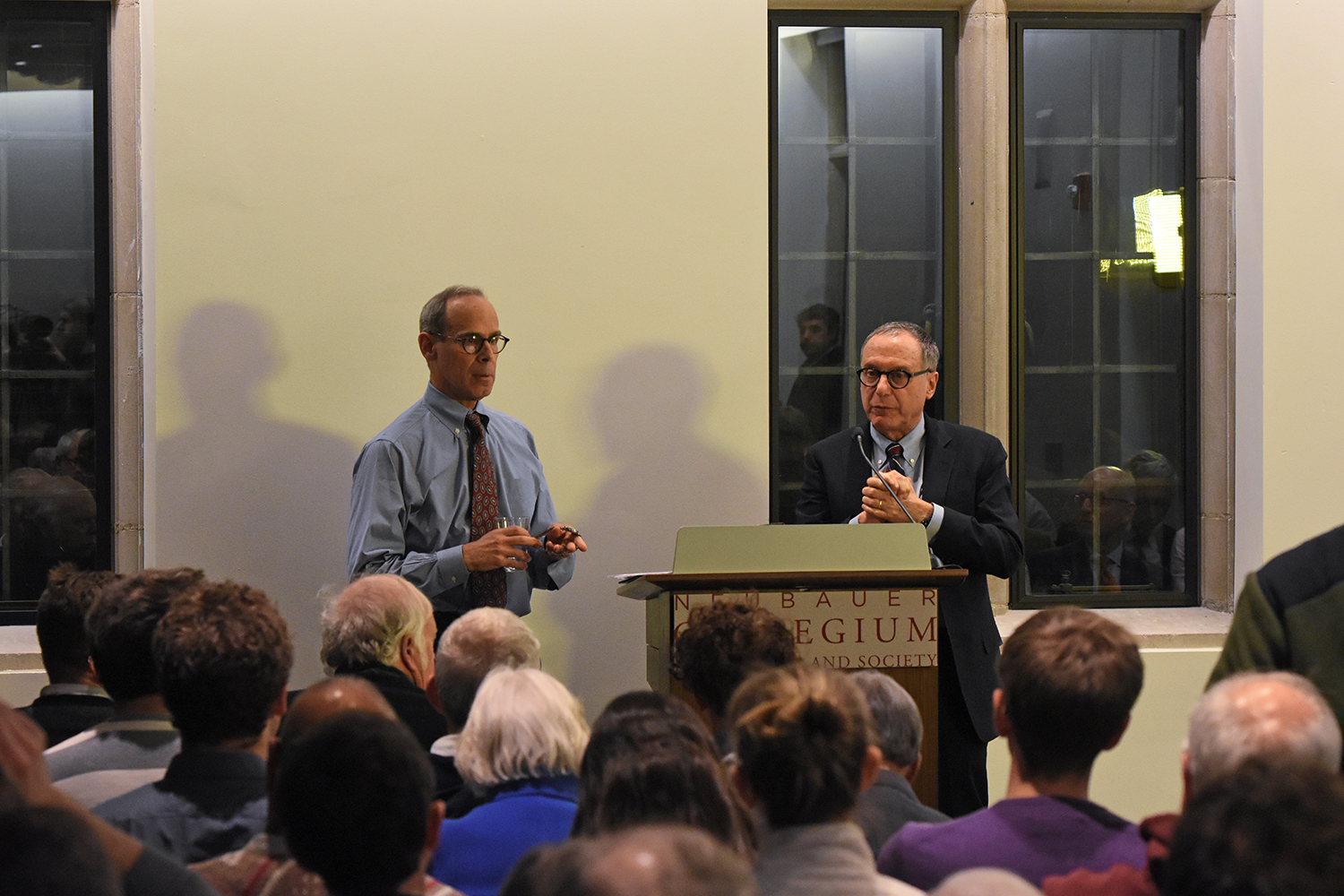 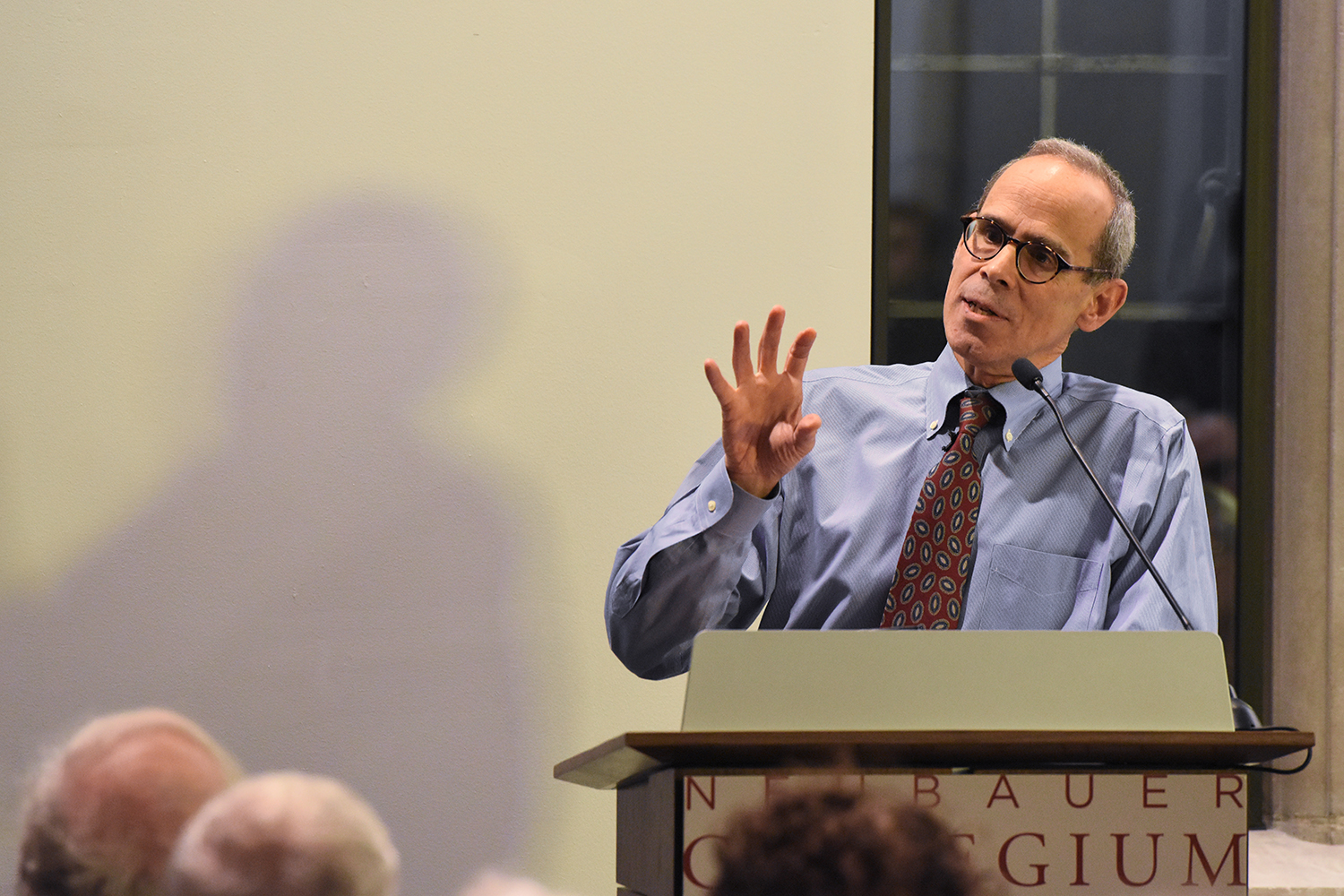 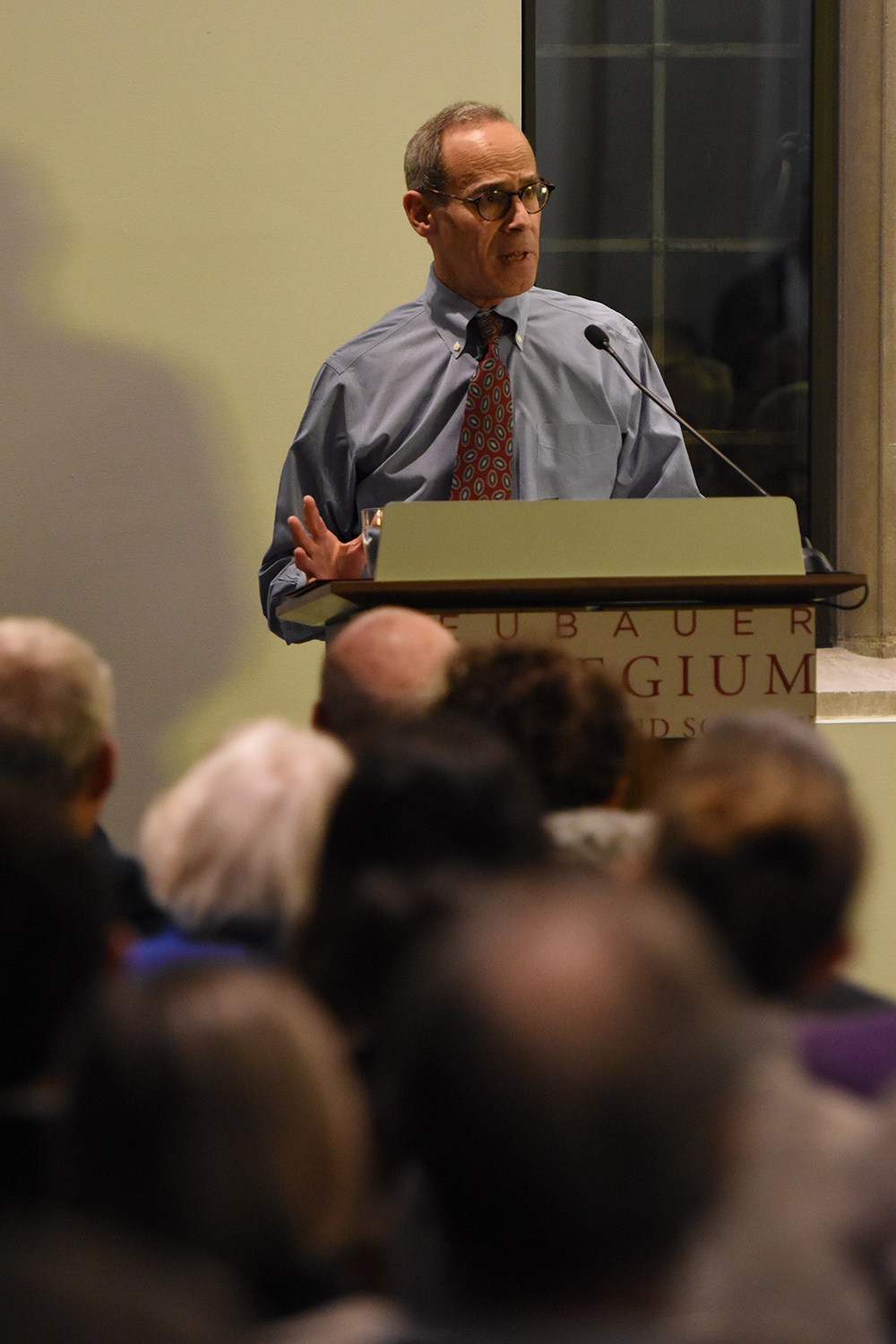 Free and open to the public.
Watch the lecture video below >>

Lincoln is often portrayed as a constitutional moderate and often as a radical. Both pictures are based on convincing evidence. In this Neubauer Collegium Director's Lecture, David Bromwich considered the prudence of Lincoln's rejection of abolitionism in the 1850s and his adherence to the Republican platform that disclaimed interference with slavery in the states where it already existed. By contrast, proof of his radicalism lies in the "House Divided" speech of June 16, 1858 and the Emancipation Proclamation of January 1, 1863. The speech indicated Lincoln's readiness to fight a civil war on the issue of slavery; and the legal measure pointed the way to an end of slavery as a probable consequence of the war. The speech and the measure were both qualified, in moderate and prudential-sounding ways; but they indicate choices within a larger emergency when a president ceased to follow and definitively led.

Opening remarks by Jonathan Lear, Roman Family Director of the Neubauer Collegium for Culture and Society. 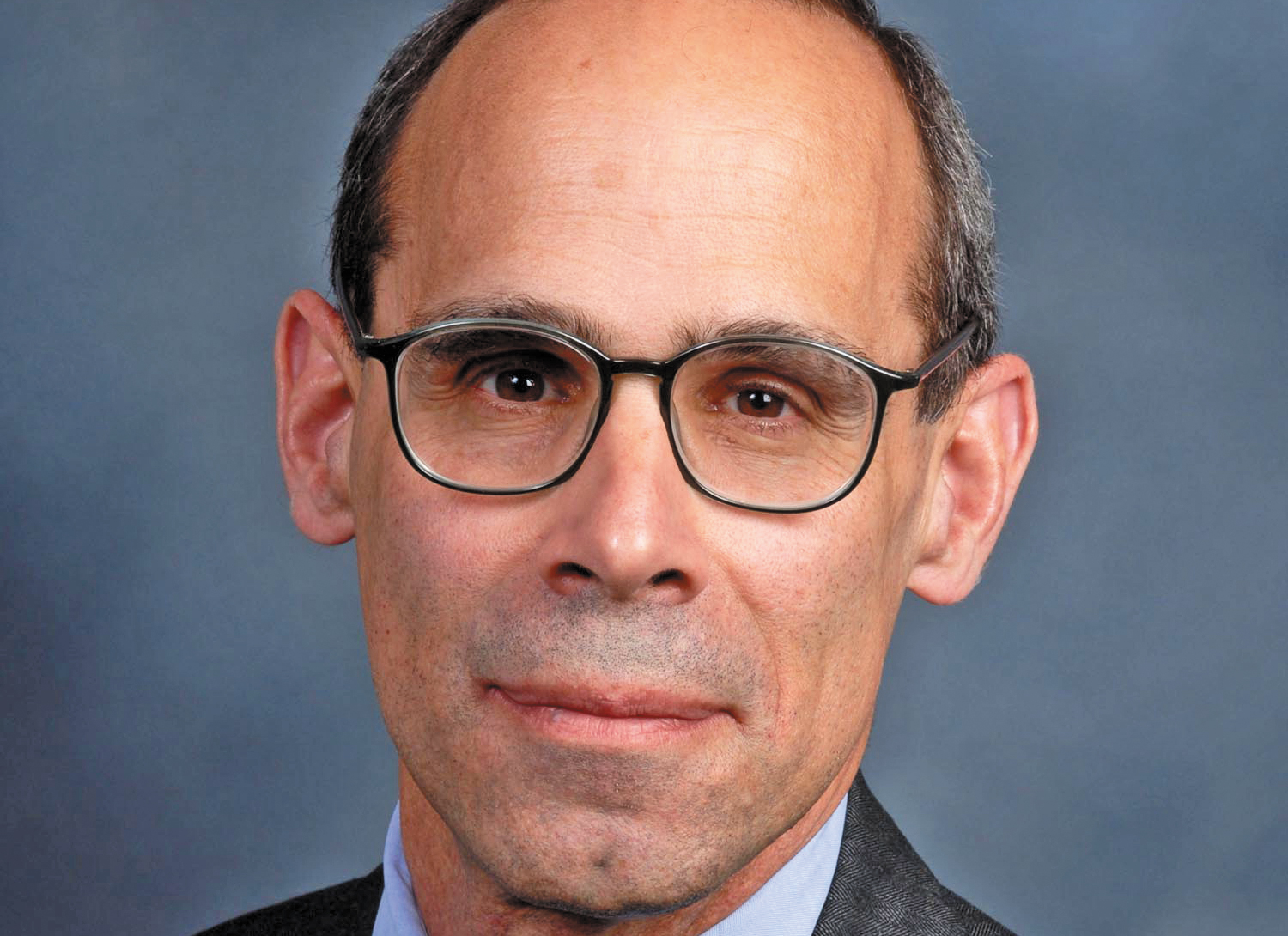 David Bromwich is Sterling Professor of English at Yale University. Bromwich is a fellow of the American Academy of Arts and Sciences. He has published widely on Romantic criticism and poetry, and on eighteenth-century politics and moral philosophy. His book Politics by Other Means concerns the role of critical thinking and tradition in higher education, and defends the practice of liberal education against political encroachments from both Left and Right. His essays and reviews have appeared in The New Republic, The New York Review of Books, the London Review of Books, and many other U.S. and British journals. He is a frequent contributor of political blog posts on the Huffington Post. Bromwich's Skeptical Music was awarded the PEN/Diamonstein-Spielvogel Award for the Art of the Essay in 2002.