This was the first monographic exhibition dedicated to an important yet little-known body of work bridging the gap between Vicuña’s intertwined activities as a poet and visual artist. Vicuña’s “Palabrarmas” are visual anagrams made in exile in London and Bogotá after the Pinochet-led coup of 1973; they are reminiscent of the concrete poetry idiom that was reaching its critical apogee at the time. The exhibition’s centerpiece was a suite of drawings made after a trip across the Amazon in 1977, and originally intended for publication as a long-form visual poem in Colombia in 1978. Forty years after this cycle’s inception, it finally saw the light of day as a stand-alone publication on the occasion of its Chicago debut. The exhibition also included banner-like works in cloth, remakes of art pieces that did not survive their debut as performance props in public space, and photographs documenting the various uses to which the Palabrarmas were put at the time. The titular neologism is a contraction of palabras (words) and armas (weapons), a nod to the spirit of militancy infusing so much progressive Latin American art in the era of juntas. Vicuña’s Palabrarmas, however, are also eruptions of color and sensuous pleasure—words as weapons that are also, more innocently, words to live by. 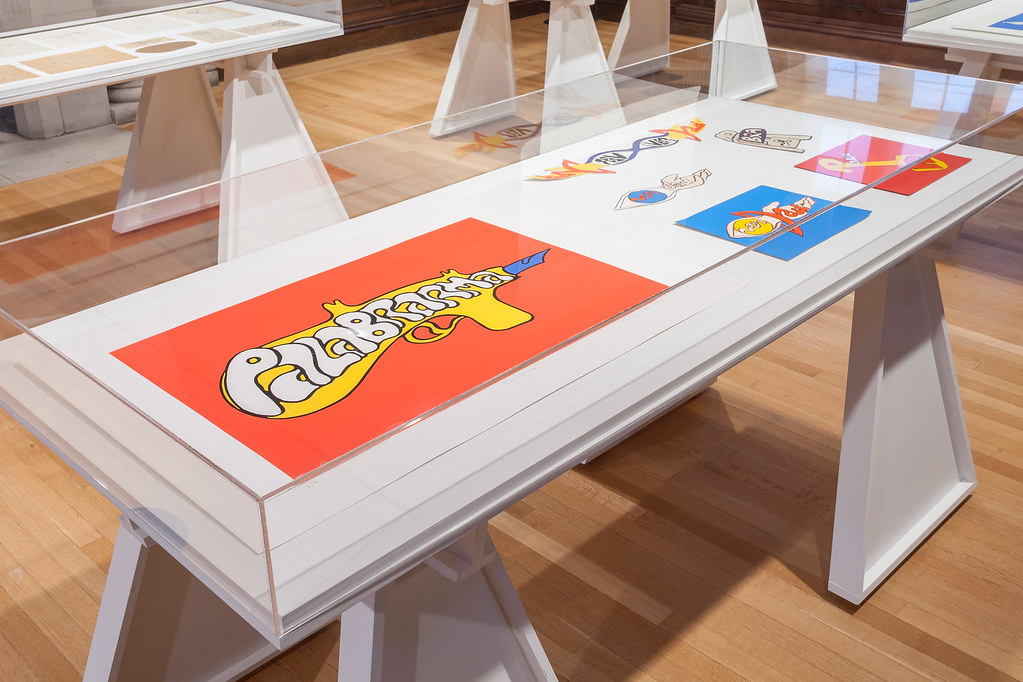 "Cecilia Vicuña Arms Her Art with an Artillery of Words," Chicago Maroon, April 9, 2018.