Jason Dodge with Ishion Hutchinson: The Broad Church of Night

Jason Dodge (b. 1969) is an American in Berlin—and a sculptor among poets. For over twenty years, he has been making work (assemblages, installations, objects, things) drawing on the minimalist tradition in art that simultaneously simmers and smolders with the emotional charge and riches of everyday life. A master of formal restraint and understatement, he makes sculptures—often incongruous juxtapositions of hard and soft, hidden and seen, living and dead—that brim with biography, alternately resembling literary vignettes, portraits, impressions or anecdotes.

A recent turn has seen Dodge move away (some) from the stark, ascetic language-of-less towards the promiscuous aesthetic of vintage scatter art, making literal and liberal (on occasion even painterly) use of the flotsam and jetsam of lived memory, of “refuse”—think words strewn across the blank pages of art’s various spaces.

The title of this exhibition was suggested to the artist by the Jamaican poet Ishion Hutchinson, who composed and recited a poem of the same name for the exhibition's ceremonial dismantling on December 1. An audio recording of the reading replaced the sculptural installation for the final three weeks of the show.

Listen to a conversation with Jason Dodge, Ishion Hutchinson, and Dieter Roelstraete about the exhibition:
Subscribe to The Collaborative Studio podcast on iTunes >

Listen to Ishion Hutchinson read “The Broad Church of Night” > 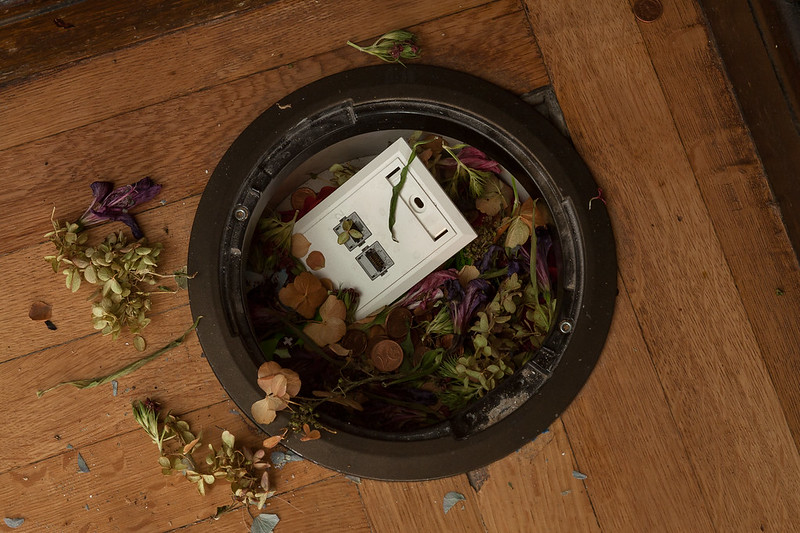