“The books are not yet on the shelves,
not yet touched by the mild boredom of order.”
—Walter Benjamin, “Unpacking My Library”

From January 17 until April 5, 2019, the Neubauer Collegium for Culture and Society presents Kleine Welt, an exhibition of book covers bringing together work by Paul Klee, Zachary Cahill, R. H. Quaytman and David Schutter.

This project—an exhibition cum publication titled after a Paul Klee print—is rooted in a twofold observation presumably familiar to habitual consumers of scholarly literature. First, why do authors and publishers in the field of 20th-century philosophy and capital-T Theory so often turn to Paul Klee—indeed, often even the same Paul Klee painting, over and over again—to adorn the covers of their books? And second, are the authors and publishers who put Caspar David Friedrich’s iconic Wanderer Above the Sea of Fog on the covers of their books (or CDs, LPs) ever aware of how many others have done the exact same thing before them?

Thus is conjured the “little world” of academic publishing invoked in the exhibition title, and there is inevitably something humorous about seeing Klee’s Angelus Novus, for instance, turn up on book cover after book cover, all more or less directly related to the matter of German philosophy, German-Jewish philosophy, and/or Jewish philosophy. This is a testament, of course, to the sheer power of the image in question—the same is true of Friedrich’s iconic Wanderer—and to the singular force of Klee’s imagery in particular, its undying appeal to the world of thoughtful, inquisitive readers and the writers who feed them. Which raises the very question this exhibition partly sets out to answer in bibliophile, material thought: What, precisely, powers this force? Why Klee?

On a more fundamental level, then, this becomes a project about the power of the image, of a select handful of images, and their spellbinding grip on one strand of the twentieth century’s intellectual imagination above all. The power of these images is such that they seem effortlessly to withstand even the crassest and crudest forms of recycling—Friedrich’s Wanderer in particular is endlessly repurposed for advertising objectives and graphic gamesmanship. We are interested, in short, in these images’ afterlife—the ease with which they have entered the stream of our intellectual consciousness and smoothly sail from one frame of reference or system of thought to another. This reflection on the art of the book cover, in other words, acts as an ode to the power held by these images over a discipline of the mind that often fancies itself impervious to the lure and surface charm of the world of “pictures,” and often likes to think of itself as above and beyond imaging. Not so.

New works by Zachary Cahill and David Schutter respond to the legacy of Friedrich and his enduring hold on the Romantic imagination, while R. H. Quaytman’s contribution to Kleine Welt returns us to her pathbreaking research into the backstory (quite literally) of Klee’s canonical Angelus.

A book of book covers, photographed by artist Assaf Evron, will be published on the occasion of the exhibition, featuring contributions by Neubauer Collegium Curator Dieter Roelstraete, Neubauer Collegium Roman Family Director Jonathan Lear, Susan Bielstein, and Dennis J. Schmidt, as well as a conversation between Zachary Cahill and Hans Haacke. A book presentation is currently scheduled for the closing week of the exhibition.

Little World: The Art of Judging a Book by Its Cover: In this essay for Mousse magazine, Dieter Roelstraete reflects on the power a handful of artists exert over the visual imagination of the academic publishing world.

It’s a Small World After All: The Chicago Maroon review of Kleine Welt says the exhibition “implores its visitors to ask themselves what it is about Klee’s particular style that attracts so many authors and publishers.” 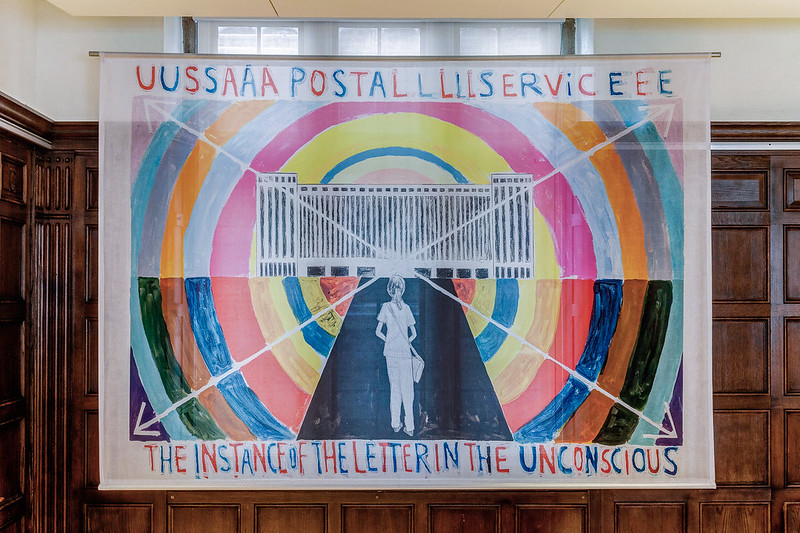 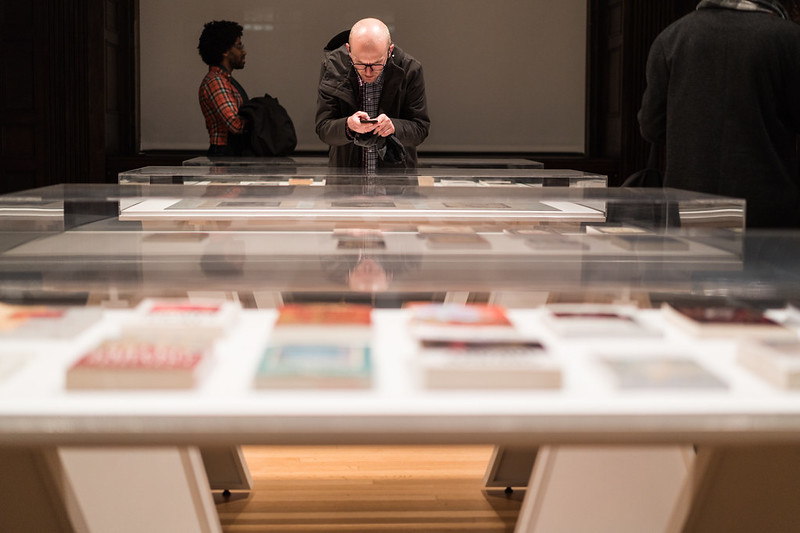