History, Philology, and the Nation in the Chinese Humanities

History-writing in China often strikes U.S. readers as nationalistic and therefore “out of step” with Euro-American common practice. Our assumption was rather that the historiographic conventions differ, and require a reading that engages, as do Chinese humanists, with philosophical questions drawn from both Chinese and non-Chinese traditions. Among the profound, long-term social particularities of the Chinese intelligentsia are an appreciation of philology and a ready circulation among disciplines usually kept separate in our academy: history, aesthetics, and metaphysics. We located the maximal contrast in styles of understanding history in the currently-influential scholarly movement known as “New National Studies” (Xin Guoxue). By engaging Chinese scholars through an on-going series of short-term visiting scholarships, this project sharpened our understanding of humanities and social scientific research being conducted in China today and helped UChicago scholars reflect on the protocols and implicit frontiers of their own arguments. 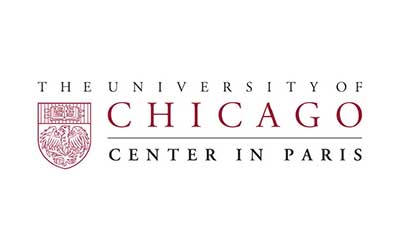 The History, Philology, and the Nation in the Chinese Humanities Research Team will be based out of the University of Chicago Center in Paris throughout the 2014-2015 AY. Professors Farquhar and Saussy will be collaborating at the Center with four Neubauer Collegium Visiting Fellows from China during the month of July and will hold a symposium at the Center in mid-July. 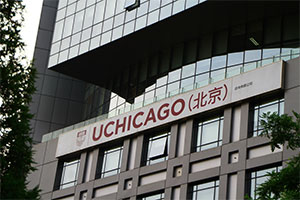 Meeting first with Farquhar and Saussy in September 2013 at the UChicago Beijing Center, Chinese-oriented scholars will be hosted in Chicago as Collegium Visiting Fellows for short visits over the next three years.
Photo Credit: James Tao (UChicago ’14) 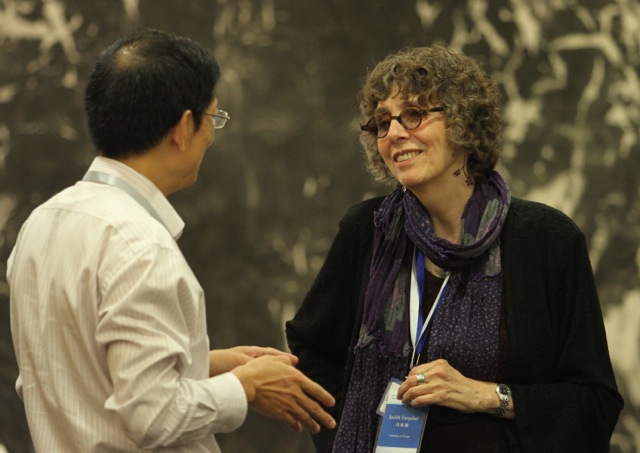 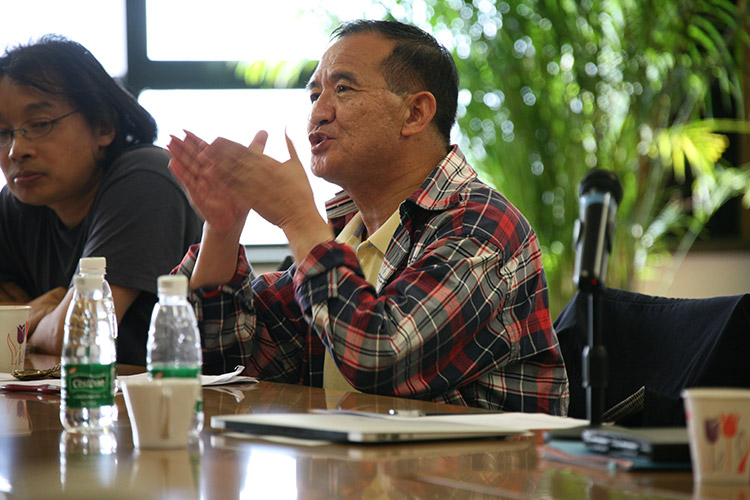 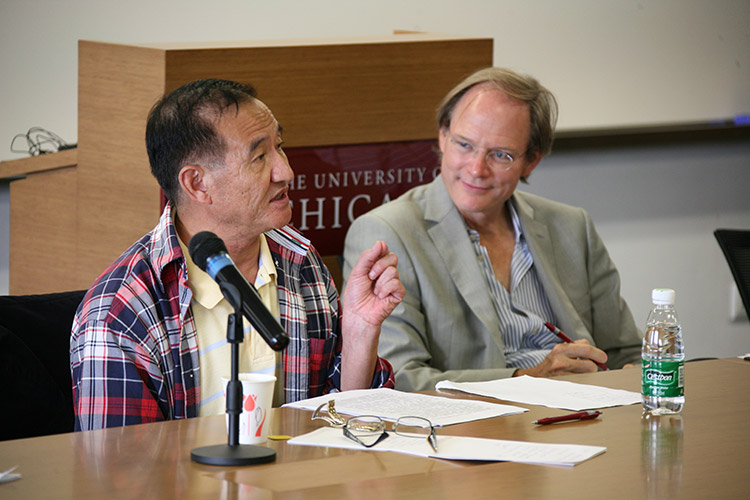 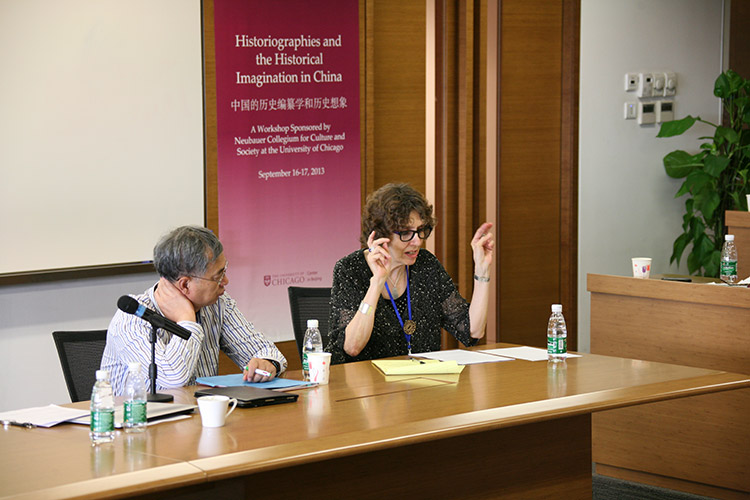 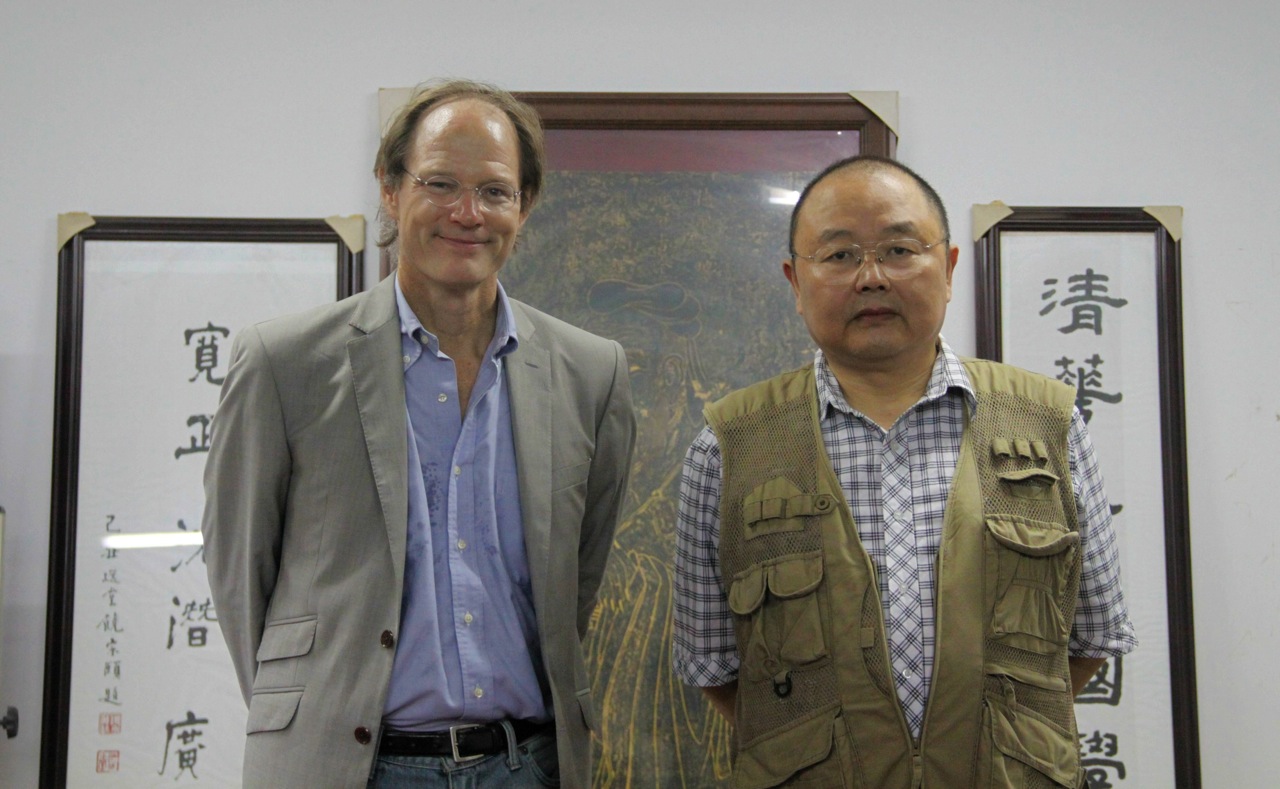 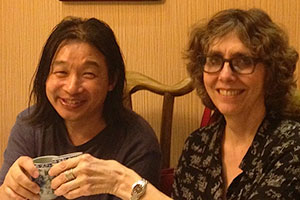 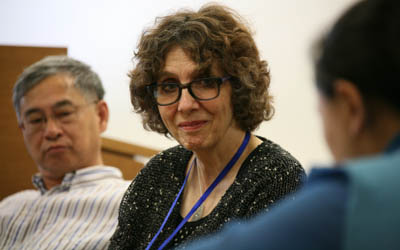 Professor Judith Farquhar on the role of the Neubauer Collegium in supporting the History, Philology, and the Nation project.
View video here >>

History, Philology, and the Nation in the Chinese Humanities Workshop Kicks Off Three Year Project

The Sept 16-17, 2013 planning workshop at the UChicago Beijing Center brought together Chinese scholars from Asia and the West to consider the problem of how history-writing contributes to the ongoing constructions of a present.

Professors Judith Farquhar and Haun Saussy met at the Beijing Center in September, 2013 with a group of four cooperating researchers in the China-oriented humanities to begin conversations pertaining to their three year Collegium project which will consider the problem of how history-writing contributes to the ongoing construction of a present.