This session included three sign-language and three spoken-language artists, who performed seven-minute works, followed by a panel discussion with the artists and the directors of the Center for Gesture, Sign, and Language on how gesture is a part of the piece from conception to performance. The discussion was led by Peter Cook, an associate professor and chair of the Department of Deaf Studies and ASL Interpreting at Columbia College, Chicago. Cook has recently been awarded the 2017 Storytelling Hall of Fame Award from the Department of Communication and Performance at East Tennessee State University. As a research associate on the Neubauer Collegium project “The Body’s Role in Thinking, Performing, and Referencing,” Cook co-organized a panel discussion called “Roots, Diversity, Imagery: The Driving Force Behind Sign Language Identity” in February 2016. He has contributed numerous scholarly contributions in the literary analysis of ASL stories and poems, which have become important in comparing gesture as it is used in hearing and deaf storytellers. Co-sponsored by the International House Global Voices Performing Arts & Lecture Series 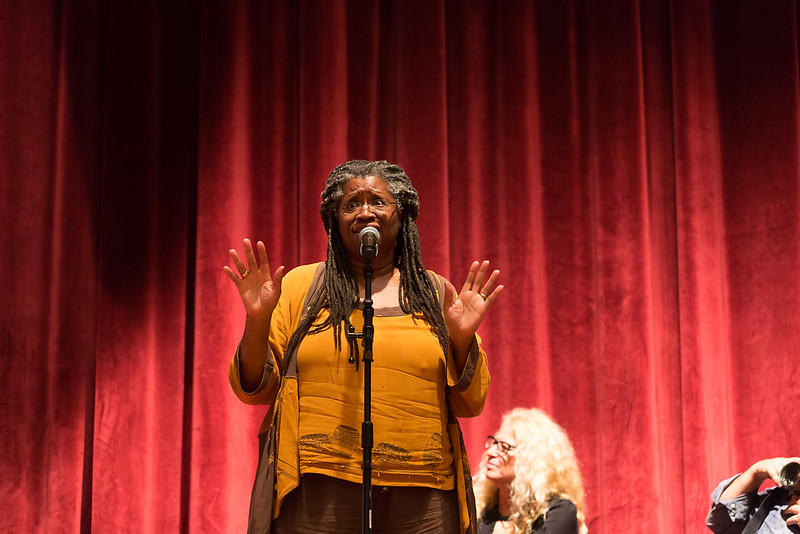 Sign languages exhibit a drive for ease of articulation in the movement parameter by reducing active effort via several mechanisms, including reducing the number of articulators, the number of articulations, and the mass that is moved. They also exhibit the drive by reducing reactive effort -- which is the effort to resist incidental movement of a body part caused by movement in another body part; for example, the swinging of an arm can cause the torso to rock or spin. Avoiding signs that would call for reactive effort turns out to have an effect on the shape of the lexicon. Finally, in reconstructing the history of a sign language, recognition of biomechanical methods for reducing effort allows one to develop standards for judging whether the movement parameter of signs in different languages can be judged "the same" or not.

Capturing the rapidly changing and multifaceted nature of sign language identity among its users is difficult. There are contributions from a wide spectrum of linguistic points of reference, including spoken and signed languages, as well as the gestures that accompany these languages. Each of the three panelists offered innovative perspectives from their own work on the issue of language identity, thereby providing a lens that we can use to reflect back on a range of fields of study—literature, linguistics, psychology, to name a few. Through this exercise we allowed participants to step outside the traditional linguistic, ethnic, and poetic subfields of sign language studies in order to discuss the “blind spots” that have remained unexplored by traditional disciplinary frameworks when speaking about sign language identity.

Many trajectories of emerging language systems assume the development of a conventional lexicon as a starting point, subsequent development of morphological and syntactic structure, and the possibility of never developing relatively more arbitrary structure such as phonology. Marie Coppola (University of Connecticut) discussed three types of recent evidence from child and adult homesign systems, comparing them with early cohorts of signers of an emerging language which do benefit from a linguistic model and a linguistic community.

Logic and Iconicity: The Case of Sign Language Loci
May 7, 2015
Philippe Schlenker (Institut Jean-Nicod, Paris; New York University) discussed why sign language must be analyzed within a formal semantics with iconicity, one in which grammatical, logical and iconic constraints interact within a unified framework.

Gesture Projection and Co-suppositions
Friday, May 8, 2015
In this workshop, Philippe Schlenker (Institut Jean-Nicod, Paris; New York University) argued that some co-speech gestures should be analyzed within a presuppositional framework, albeit with a twist.

Humanities Day October 18, 2014
Diane Brentari and Peter Cook
Sign Language Poetry and Narrative
This talk provided an overview of how sign language poetry uses movements of the body and hands to create visual poetic form. We focused on the rhythm, timing, and coordination of the articulators (the two hands, the body, the head) which give form and structure to the poetic verses.

Can you quote an action? Iconic event modification in sign, speech, gesture, and writing
Kate Davidson (Yale University Cognitive Science and Linguistics)
Monday, October 13, 2014
This talk compared the well-studied type of iconicity found with verbs of quotation with another form of iconicity common in sign languages: classifier predicates.

Spring 2014 The May 7th workshop From Gesture to Sign: the Ingredients of Language was presented by Anastasia Giannakidou.

Performance Narrative in Storytelling examined how nonverbal methods of storytelling speak equally to both Deaf and hearing audiences, whether a story is told orally or through sign language. Peter Cook demonstrated that leaving out nonverbal forms of communication diminishes the humanity of storytelling.

Peter Cook, Deaf Studies Scholar, makes a case for redefining traditionally held notions of literature. “Western literature tends to value the written and the published, [while] other forms of communication are devalued,” Cook has said. “Western literature often takes the perspective that the oral tradition isn’t written, and the sign language storytelling isn’t written, but we really want to challenge that notion and change that idea of what literature actually is. That means we need to take paternalism out of the picture and bring in a new schema: The visual, space, kinetic lens.” 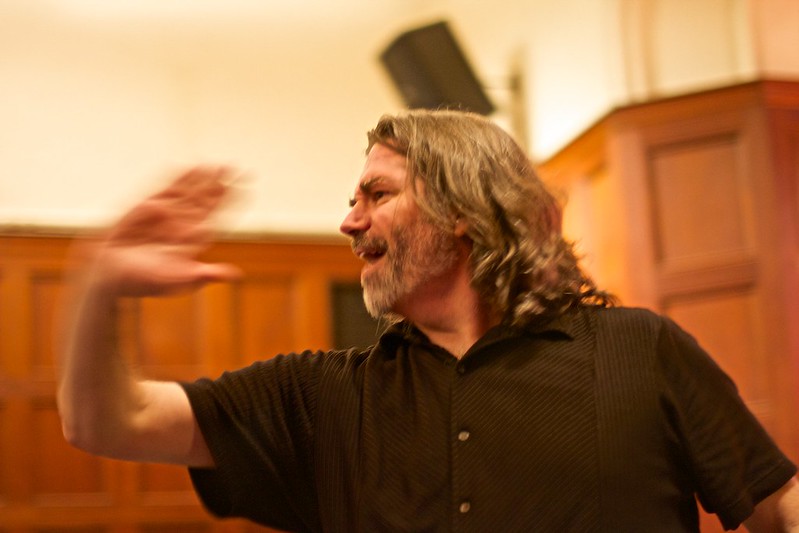