The Economy and its Boundaries

Beginning with the Reagan tax cuts of the 1980s, the United States launched an unprecedented social experiment that has failed spectacularly. Inequality in the United States is now comparable to what it is in plutocratic Russia. Even as they have become fabulously wealthy, the rich have cut their taxes to levels last seen in the 1920s. Some believe that dodging taxes makes them smart, but it mostly makes us fools. The burden of what the 1 percent and multinationals won’t pay must be borne by the rest of us—thus exacerbating inequality. This talk by Gabriel Zucman (UC Berkeley), sponsored by the Economy and Its Boundaries project at the Neubauer Collegium, addressed how we got there and discuss potential solutions. 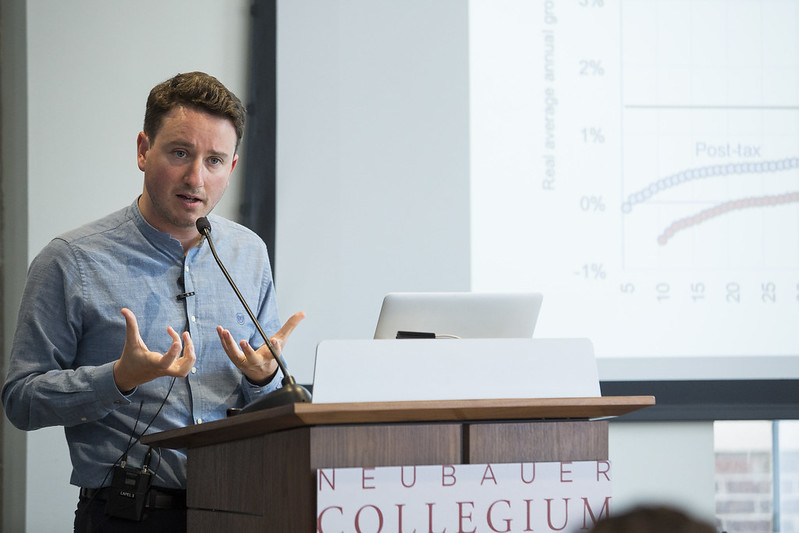 This event, sponsored by the Economy and Its Boundaries project, included talks and discussion with John N. Robinson III and Kim Pernell-Gallagher on the theme of American policy and finance. The talks featured material from two book projects: Pernell-Gallagher’s work tells the story of how cross-national differences in banking regulation developed in the decades leading up to the global financial crisis, while Robinson’s work explores the financial services industry’s growing involvement in the business of housing the poor. Together, these ongoing projects offered fresh perspectives on the shifting boundaries of the American economy by shedding light on the rise of finance and its various causes and consequences.

John Robinson (Assistant Professor of Sociology, Washington University in St. Louis) will discuss research presented in his forthcoming book, Liquid City: Affordable Housing and the Politics of Racial Equity in the Age of Finance. For most of American history, the business of developing housing for low-income individuals and families has been relegated to the margins of the economy. Against this backdrop, Liquid City explores the rise of a mainstream "affordable housing industry," which has become a multibillion-dollar source of revenue for banks, private equity firms and the bond markets. Taking an in-depth look into this new market frontier, this project moves through the industry’s archives, its public and private negotiating spaces, and the multi-sited professional worlds of its members, while tracing out implications for social policy, neighborhood inequality and racial equity.

Kim Pernell-Gallagher (Assistant Professor of Sociology, University of Toronto) will discuss research presented in her forthcoming book, How the U.S. Got It Wrong: American Banking Regulation in Comparative and Historical Perspective. This book tells the story of how cross-national differences in banking regulation came to be in the decades leading up to the global financial crisis, focusing on the cases of the U.S., Canada, and Spain. Each country had a different regulatory system in place on the eve of the credit crisis, despite complying with the same international regulatory framework. American regulators embraced a uniquely freewheeling, laissez-faire regulatory model, while Canadian regulators placed more emphasis on counterbalancing risk and Spanish regulators placed strict limits on innovative activities. Adding to the puzzle, each country’s regulatory system had looked very different only two decades before. Using archival data and interviews, I explain how these policy differences developed. I offer a new take on regulatory policymaking, which highlights the important (but overlooked) role of institutions.

From the Canton Trade to Comprador: Tea, Finance Capital, and the History of Capitalism in China
April 12, 2018

Early modern merchants in Canton who traded with Euro-America are seen as dynamic pioneers of globalization. In the twentieth century, however, the same figures were castigated as “compradors,” “parasites,” and “props of imperialism.” In this lecture, sponsored by the Economy and Its Boundaries research project, Andrew B. Liu (Villanova University) analyzed how the early modern merchant became the modern “comprador” by examining twentieth-century anti-commercial criticisms within the context of the tea trade. He argued that the cultural and political meanings assigned to the comprador were rooted in new conceptions of political economy and economic life. Connecting modern China with global political-economic thought, this talk rethinks the conventional history of Chinese capitalism and suggests how contemporary interpretations of “the economy” as national production emerged out of the currents of international competition. 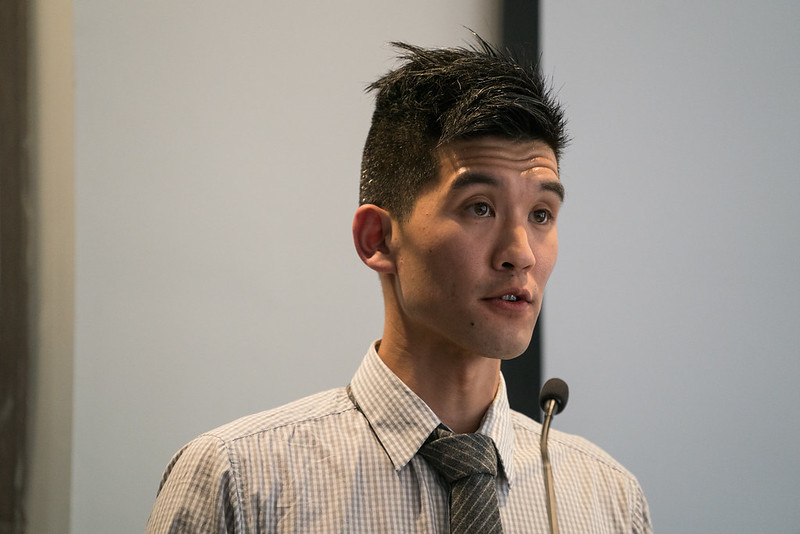 The Financialization of the Public Sphere
April 19, 2017

Recent critical engagements with financialization have generally understood it as a shift in the modus operandi of corporations and developed economies more broadly. By contrast, the public sphere has been seen as a site of critical discourse that resists financialization. Based on ethnographic work, Alex Preda challenged that view, arguing that the public sphere has absorbed and transformed finance into a set of dramatic performances, to which audiences are asked to relate emotionally. This transformation, he argued, plays a key role with respect to how legitimate moral issues are circumvented by financial institutions.

Alex Preda is a sociologist at King’s College London whose principal research relates to global financial markets. He is the author of Noise: Living and Trading in Electronic Finance (2017) and Framing Finance: The Boundaries of Markets and Modern Capitalism (2009), as well as coeditor of the Oxford Handbook of the Sociology of Finance (2012).

Economists believe in full employment. American culture has long insisted that work builds character. But will there be enough jobs to go around in the future? What would you do if you didn't have to work to receive an income? As James Livingston argued in this lecture, part of the Economy and Its Boundaries research project at the Neubauer Collegium for Culture and Society, the impending end of work raises the most fundamental questions about what it means to be human.
James Livingston, a professor of history at Rutgers University, is the author of many books, including, most recently, No More Work: Why Full Employment Is a Bad Idea (2016).

In the wake of the Great Recession, the marked increase in economic inequality in recent decades has become a topic of great public concern.  This event, part of the Neubauer Collegium faculty research initiative on The Economy and its Boundaries, drew together scholars from across the social sciences and humanities to address the problem of capitalism and inequality.  What is inequality?  What are the causes of inequality?  How does inequality work?  What, if anything, should be done about inequality?