The Infrastructures of American Hegemony

This research project will explore the material, ideational, and domestic political changes that enabled the United States to enter into global politics — first as an imperial force, and later as an architect of a liberal international order. Ruth Bloch Rubin’s research will focus on the advocacy infrastructure undergirding America’s hidden empire, exploring congressional efforts to govern the nation’s conquered territories and peoples in the electorate’s blind spot. Austin Carson’s research will focus on the material and knowledge infrastructure of America’s global turn, assessing how leaders developed the geographic knowledge and physical infrastructure necessary for global power projection. By excavating these “infrastructures” of American hegemony, we hope to (1) contribute to the growing literature by scholars of history, political science, sociology, and law on the rise of American imperialism; and (2) inspire new collaborations between scholars of international relations, American politics, history, and other disciplines.

IMAGE: Emil Flohri, And, After All, the Philippines Are Only the Stepping-Stone to China, editorial cartoon, Judge Magazine, circa 1900. 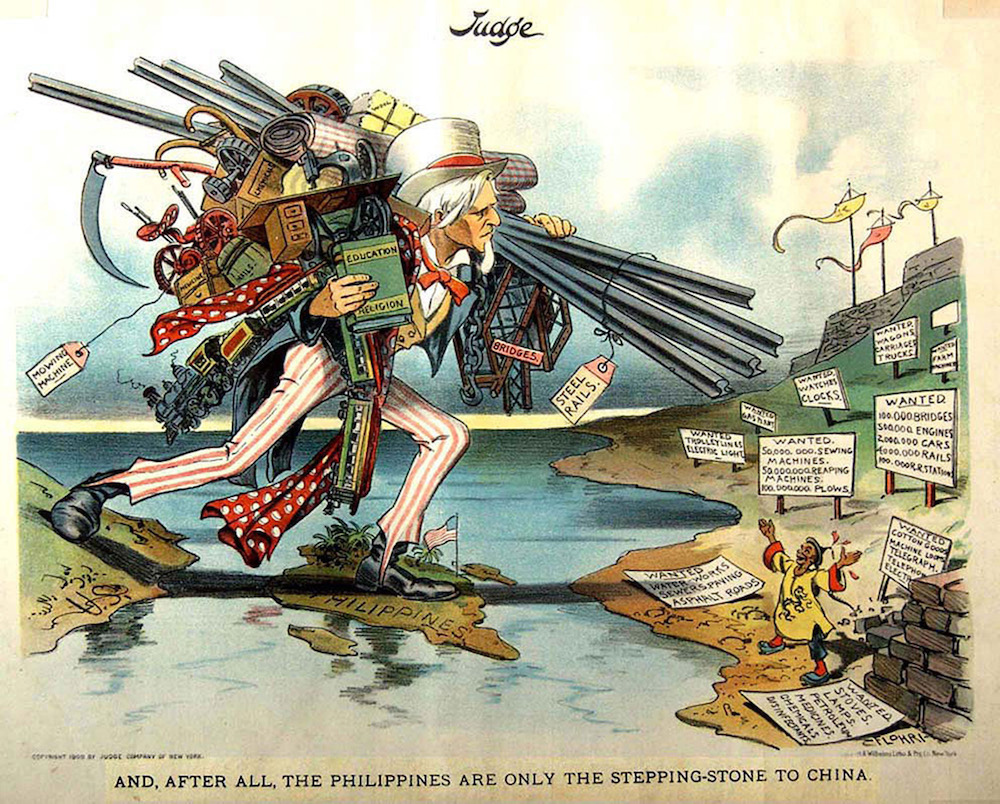 There are no news stories yet.