Neubauer Collegium Exhibitions presented new works by London-based artist Ian Kiaer, whose exhibitions take the form of carefully composed landscapes of found objects and materials, architectural models, paintings and sculptures, and projections. Ways of exploring paradigms and testing concepts, these arrangements tend to be provisional rather than permanent, and the questions they raise—What exactly constitutes the category of “painting” today? How do we understand the relationship between sculptural fragment and architectural model?—are both deeply historical and necessarily contingent on their immediate context.

The new works in Endnote, Ledoux continued a larger project that stems from the artist’s longstanding preoccupation with a volume of engravings by the eighteenth-century French architect Claude Nicholas Ledoux, in particular the image of Ledoux’s experimental design for a spherical house for the agricultural guards of Maupertuis. In this visionary image—a building as an uncompromising sphere set in an Arcadian landscape—Kiaer sensed a concern for geometry and symmetry that resonated with the architecture of the Neubauer Collegium's building itself, a former Unitarian seminary on the periphery of the University of Chicago campus. 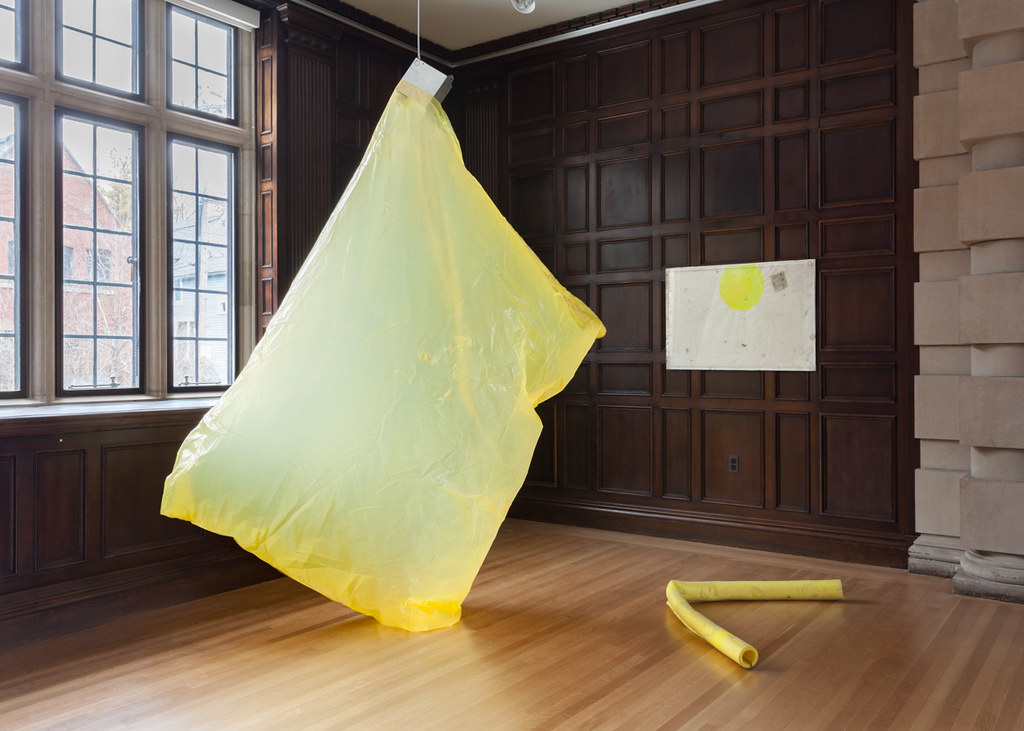