Martha Rosler: Passionate Signals was the first exhibition by the acclaimed New York-based photo and video artist to center primarily on her interest in flowers, gardens, and related “green” motifs. This may seem a somewhat unorthodox iconographic preoccupation for an artist fêted for her critical interventions in the public sphere and for her pioneering role in bringing together art and activism, aesthetics and politics. Yet the partial aim (and core curatorial argument) of the exhibition is to highlight the social, political, and economic costs of producing beauty at its most innocuous and/or seemingly natural.

The centerpiece of the exhibition is a selection from a quarter century’s worth of flower and garden photographs in which Rosler engages one of photography’s (and, indeed, art history’s) most hallowed traditions—the floral still-life. In stark contrast to the fetishizing formalism of Karl Blossfeldt, André Kertész, Robert Mapplethorpe, and Edward Weston, Rosler frames these unassuming wonders of nature as soberingly social facts—a perspective that is enhanced by the artist’s continued commitment to the paradigms of “snapshot” and street photography. (It is no coincidence that the aforementioned fetishism has been a function of art history’s overwhelmingly male gaze.) Rosler’s interest in gardens as sites of feminine labor as much as leisure harks back to two of three “historical” works in the exhibition, the Super 8 films Backyard Economy I & II and Flower Fields, both shot in Southern California in 1974. The former invokes memories of nineteenth-century paintings depicting women engaged in domestic work as well as the pastoral painting tradition. Commenting on the latter, Rosler has written, “This short film was intended to create a color field painting based on the flower fields that provided the living for so many, mostly undocumented, workers in the area. When the camera closes in on the beautiful color-striped hillside, the laborers in the field can be seen. Later, in a run up Highway 5, we see the immigration police at their mobile roadblock”—a dispiritingly contemporary work, in other words.

Martha Rosler is a photographer and video, installation, and performance artist, as well as a writer and educator. Born in Brooklyn, Rosler received a BA from Brooklyn College in 1965 and an MFA from the University of California, San Diego, in 1974. She has taught at the Städelschule in Frankfurt, and in New Jersey, and continues to lecture on the entwinement of artistic, cultural, and political issues. In 2018, her work was the subject of a survey show at the Jewish Museum in New York, Martha Rosler: Irrespective, her first major US museum show since her landmark Positions in the Life World exhibition was staged at the New Museum and the International Center of Photography in 2000, completing a tour that encompassed five European museums. (Her Meta-Monumental Garage Sale was held at the Museum of Modern Art in New York in 2012.) Her work is included in the collections of the Museum of Modern Art, the Metropolitan Museum of Art, the Whitney Museum of American Art, and the Guggenheim Museum in New York; the Art Institute of Chicago; the San Francisco Museum of Modern Art; the Stedelijk Museum, Amsterdam; Moderna Museet, Stockholm; and Museo Centro de Arte Reina Sofia, Madrid, among many others. She has participated in the 50th Venice Biennale (2003); documenta 7 (1982) and 12 (2007) in Kassel; Skulptur Projekte Münster (2007); as well as recent biennials and group exhibitions around the world. Rosler has published 17 books of photography, art, and critical writing and has received numerous awards, including the Guggenheim Museum Lifetime Achievement Award in 2010. She lives in Greenpoint, Brooklyn, the unrelenting gentrification of which she has followed for decades in her ongoing work on urban issues.

IMAGE: Laburnum, Golden Chain, Stuttgart, May 1994. Courtesy of the artist. 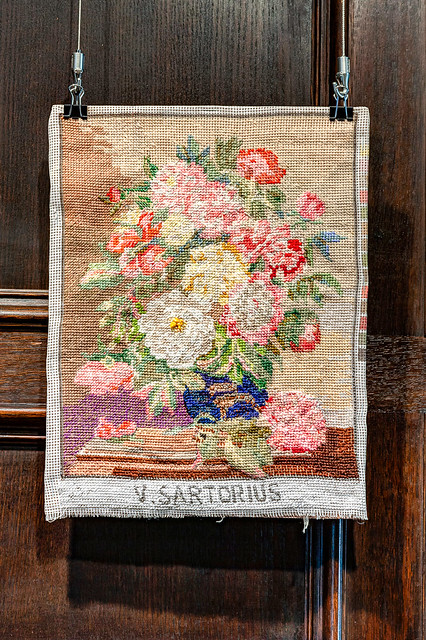