Neubauer Collegium Projects are often rooted in collaboration between University of Chicago faculty and experts from other institutions. These collaborations regularly involve co-taught courses, formal meetings, working group discussions, or targeted training opportunities, all in a setting that facilitates rigorous investigation. The Neubauer Collegium Visiting Fellows Program brings collaborators from around the world to the University of Chicago for short- and long-term visits.

Visit the Faculty Research Projects page to learn more about the projects in which Neubauer Collegium Visiting Fellows are involved. 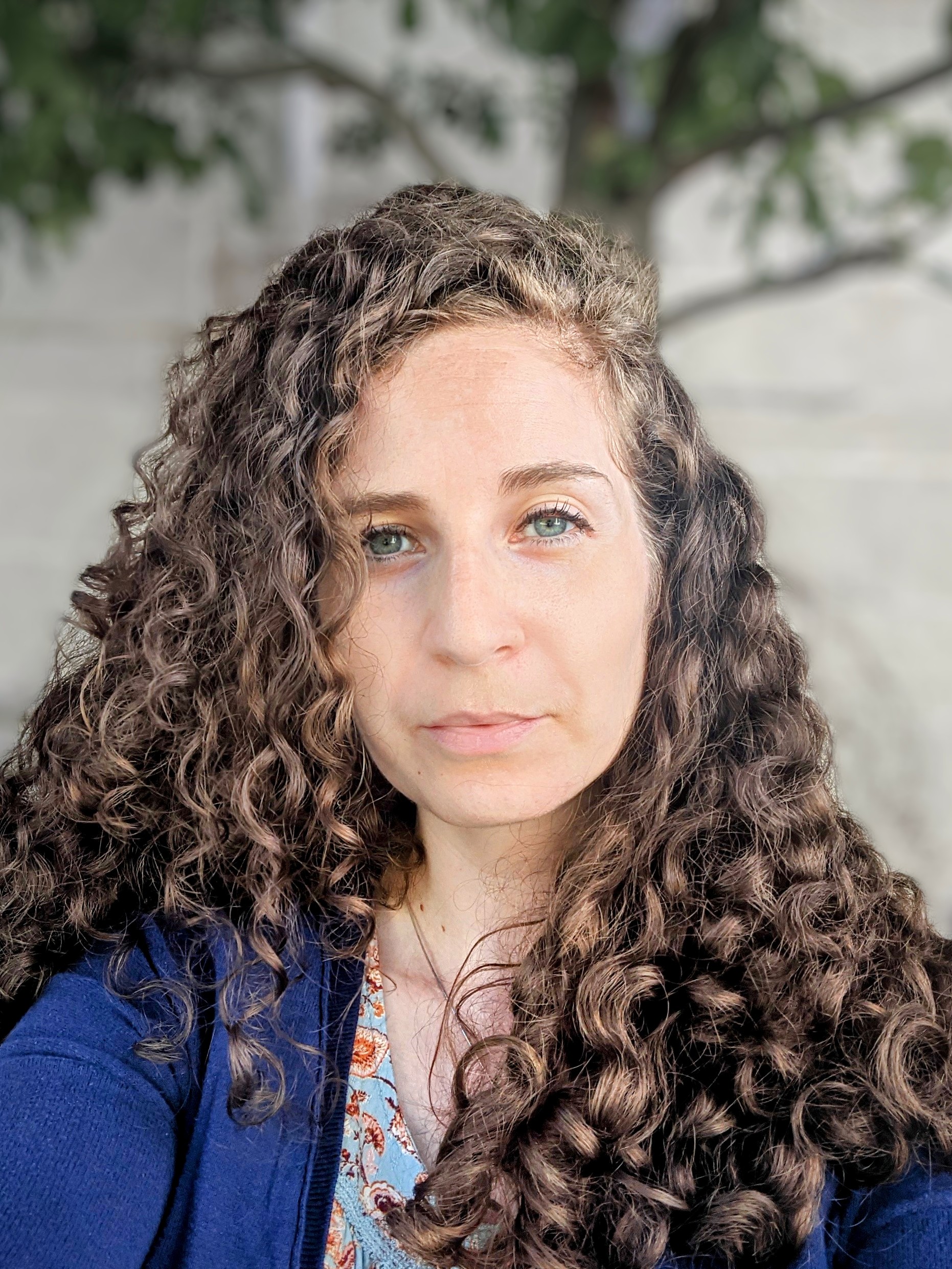 Annie Greene is a historian of intellectual and cultural production in the modern Middle East, particularly the role of language in creating, conveying, and challenging national revival movements. Her published journal articles examine the development of the Iraqi press and civic agency of the nineteenth-century Baghdadi Jewish community. Her current book project investigates the Arab national revival (Nahda) in Ottoman Iraq and the language politics and cultural discourse that embedded in it. Greene received her PhD from the Department of Near Eastern Languages and Civilizations at the University of Chicago, where her research focused on the overlapping cultural networks of Ottoman Iraq. She has taught in the history departments of the College of William and Mary and Skidmore College. Greene has been awarded several research fellowships, such as the Academic Research Institute in Iraq and the University of Pennsylvania’s Herbert D. Katz Center for Advanced Judaic Studies’ visiting fellowship program. During her residency at the Neubauer Collegium, she is collaborating as a member of the research team of The Quest for Modern Language between the Mediterranean and Black Sea, 1820-1948 project. 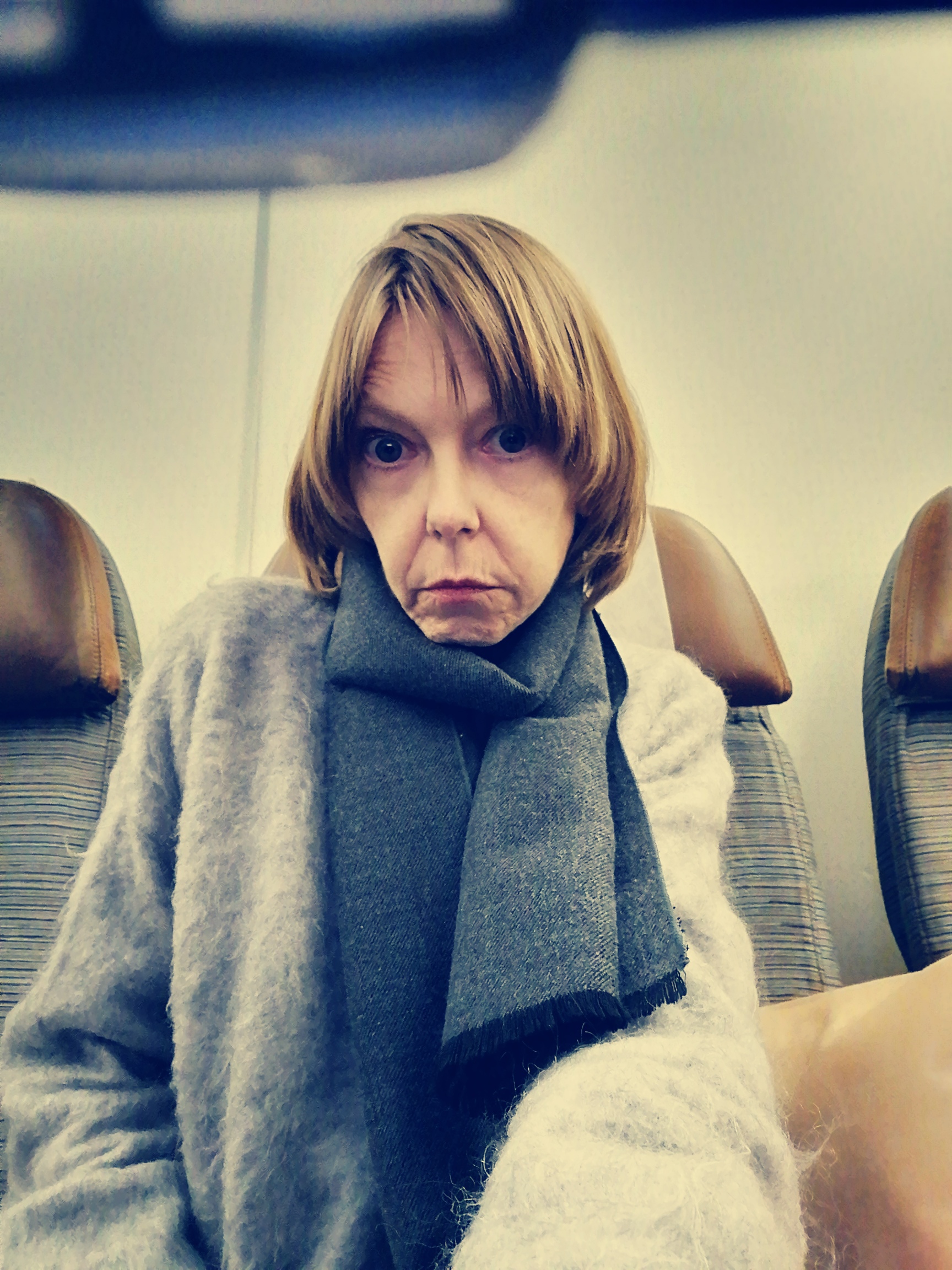 Stacy Hardy is a writer, researcher, and lecturer in Creative Writing at Rhodes University, South Africa. Since 2008 she has worked as Associate Editor at the pan-African journal Chimurenga. Her short stories have been published in numerous journals and magazines (Evergreen Review, Drunken Boat, Joyland, Black Sun Lit, New Orleans Review, Johannesburg Review of Books, Chimurenga, and more), literary anthologies, monographs, and catalogues. She was winner of the 2018 Brittle Paper Award for Fiction, a finalist in the 2018 Caine Prize, the 1913 Open Prose prize, selected by Maggie Nelson (2016); the Short Story Day Africa Prize (2016), as well as others. A collection of her short fiction, Because the Night, was published by Pocko Books in 2015. Her award-winning short film I Love You Jet Li, created with Jaco Bouwer, was featured on the Influx 2010 DVD (Lowave, France). She regularly collaborates with Angolan composer Victor Gama on multimedia musical performance works, and her experimental play, Museum of Lungs (2018–2019), toured in Africa and Europe. She is currently collaborating on the Pulmonographies project at the Neubauer Collegium and composing the libretto for a new opera with Lebanese composer Bushra El-Turk and Egyptian director Laila Soliman. 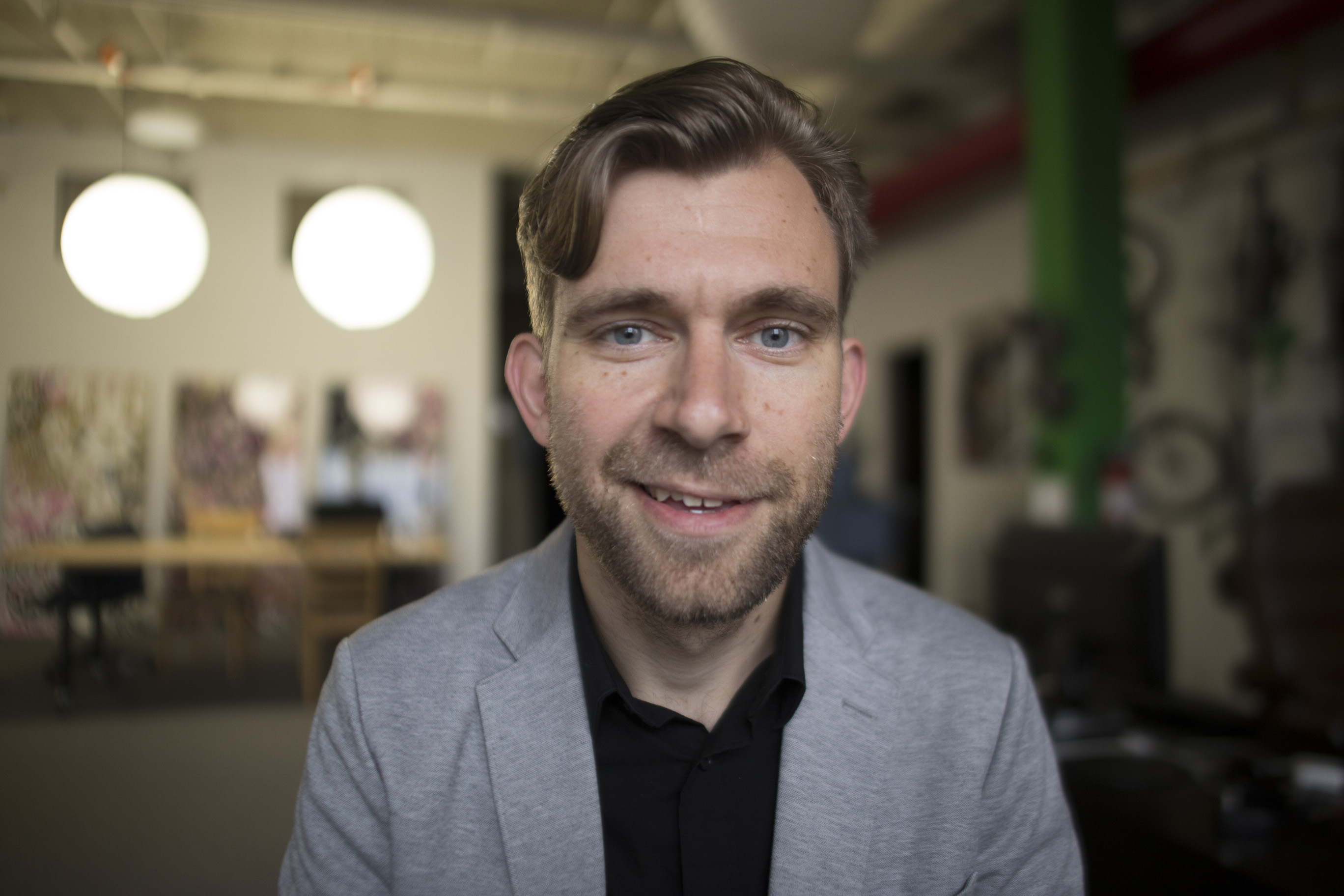 Ben Kolak is a documentary cinematographer and director whose first feature, Scrappers, made critic Roger Ebert’s list of the top documentaries for 2010. His other cinematography credits include both seasons of the Netflix series Ugly Delicious, the PBS web series Central Standard: On Education, and The A.V. Club web series Popcorn Politics. His video work has appeared in the New York Times, NPR, Univision, Al-Jazeera, Vice, Euronews and the Wall Street Journal. He has worked in stereoscopic 3-D, shooting Westermann, a feature documentary. In 2018, Kolak became a licensed and insured UAV drone operator. He is a member of the Arts Club of Chicago, a board member of the Media Burn Video Archive, and a graduate of the University of Chicago (AB'06; Cinema Studies, Philosophy). During his residency he is collaborating on the Climate Games research project.

Françoise Lavocat is Professor of French and Comparative Literature at the Université Sorbonne Nouvelle–Paris 3, a senior member of the Institut universitaire de France, a member of the European Academy, and an honorary president of the French Society of General and Comparative Literature. In June 2021, she received an Honorary Degree in Humane Letters from the University of Chicago. Lavocat specializes in theories of fiction (fact and fiction, possible worlds, characters), early modern literature, and narratives of catastrophe. She is the author of Arcadies malheureuses, aux origines du roman moderne (Champion, 1997), La Syrinx au bûcher, Pan et les satyres à la renaissance et à l’âge baroque (Droz, 2005), Usages et théories de la fiction, la théorie contemporaine à l’épreuve des textes anciens (ed. Presses Universitaires de Rennes, 2004), La théorie littéraire des mondes possibles (éd. CNRS, 2010), and Fait et fiction: pour une frontière (Seuil, 2016). During her first residency as a Neubauer Collegium Visiting Fellow (2016–17), she collaborated with the research team on the Fact and Fiction project. During her residency in the 2021 Fall Quarter, she is collaborating on the Possible and Impossible Fictions project and teaching in the Romance Languages and Literatures Department. 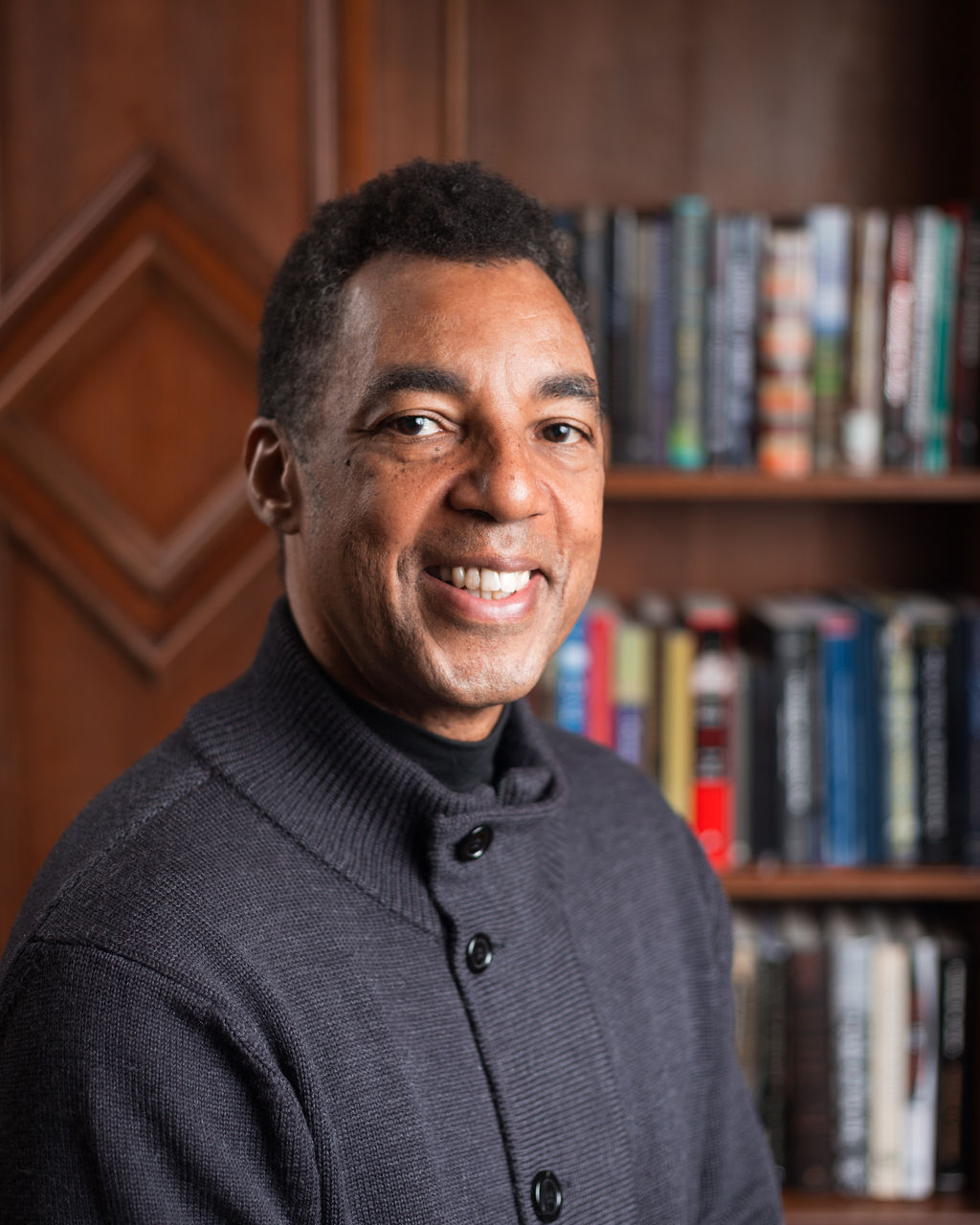 Rick Lowe (Professor of Art, University of Houston) is an artist whose approach to community revitalization is path-breaking: Lowe has initiated arts-driven redevelopment projects in Houston – the renowned Project Row Houses – and other cities, including the Watts House Project in Los Angeles and post­-Katrina rebuild in New Orleans. Lowe's pioneering "social sculptures" have inspired a generation of artists to explore more socially engaged forms of art-making in communities across the country and internationally. His work has been exhibited at Houston's Contemporary Arts Museum and Museum of Fine Arts; the Museum of Contemporary Art, Los Angeles; the Gwangju Biennale in South Korea; and the Venice Architecture Biennale. During his residency at the Neubauer Collegium he will be developing a project tentatively titled Black Wall Street Chicago: Actualizing Hope Through Concerted Actions, a research-informed exhibition that celebrates the fortieth anniversary of the MacArthur Foundation's "Genius" awards. Inspired by the historical example of the Greenwood neighborhood in Tulsa, OK, the project will advance new understanding of the economic standing of African-Americans and will explore ways to improve economic well-being in urban communities. This project aims to generate a collaboration among individuals, organizations, institutions, businesses, and the University of Chicago to improve conditions for people living in communities with limited opportunities. Photo by Erielle Bakkum. 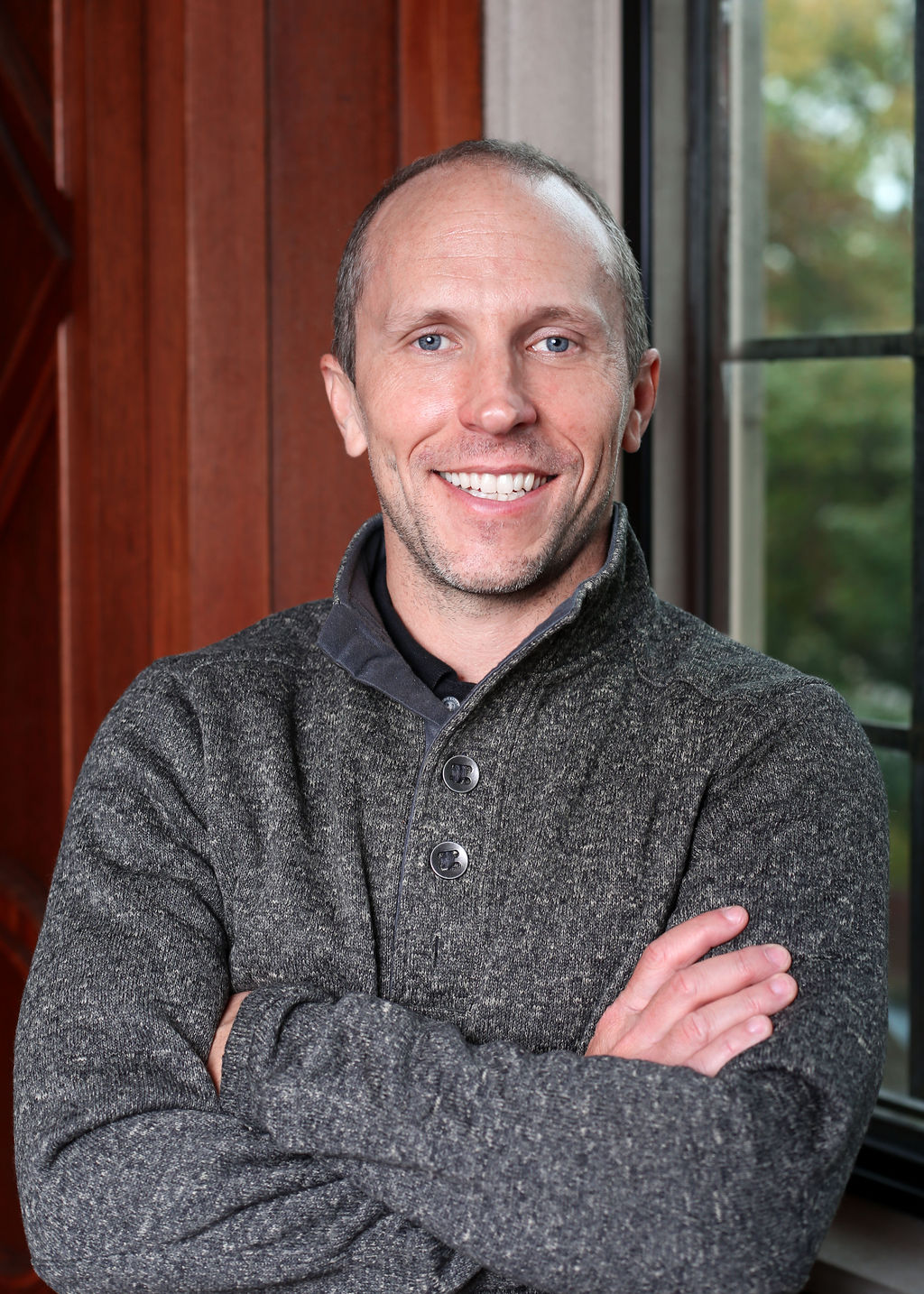 Sessional Lecturer in the Department of History and Research Associate at the School of Public Policy and Global Affairs, University of British Columbia; 2021–22 Neubauer Collegium Visiting Fellow

Doug Ober is a historian of South Asia, religion, and colonialism with more than a decade of archival and ethnographic research experience in northern India, the Himalayas (India, Nepal, Bhutan) and Tibetan areas of China. His research explores how colonialism shaped and continues to shape social, political, and intellectual transformations in South Asia. His current research includes a project on the modern fashioning of India as a “homeland” for global Buddhists; a book-length history of Buddhist revival in colonial and early postcolonial India; and a collaborative inquiry into Hindutva politics and temple architecture in twentieth-century India. He has also published on self-immolation in Tibet, foreign diplomacy in India, and Soviet influence on modern South Asian thought. His broader research interests include Indian historiography, transnational movements, caste, Dalit studies, and cultural ecology. His work has been funded by the Fulbright Foundation, Tina and Morris Wagner Foundation, National Endowment for the Humanities (NEH) Social Sciences and Humanities Research Council of Canada (SSHRC), and multiple internal programs at the University of British Columbia (UBC). Ober received his PhD in 2017 from the Department of Asian Studies at UBC. During his residency at the Neubauer Collegium he is collaborating as a member of the research team on the Entanglements of the Indian Past research project. 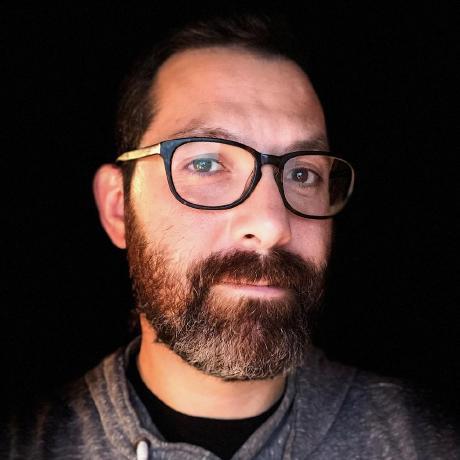 Sandor Weisz is the commissioner of the Mystery League, which produces remote team-building games as well as live, tabletop escape games. He has built puzzles for Google, the Field Museum, Alinea, Field Notes, the House Theatre of Chicago, the Art Institute of Chicago, and others. Weisz teaches puzzle design at the University of Chicago. He is also a frequent contributor to the NPR Sunday puzzle. He publishes puzzles on Twitter at @pzlr, and on a newsletter at dispatch.mysteryleague.com.